Dr. Green founded Chicago Lawndale AMACHI Mentoring Program in 2007 to serve youth whose parent or immediate family member is incarcerated, but expanded the organization’s mission in 2009 to include all youth in North Lawndale. She has been a Chicago resident for decades and served in the Chicago Public School (CPS) system for over 35 years. She began her career as a teacher, and then held positions of counselor, assistant principal and principal. Dr. Green served as principal of Herzl Elementary School for 18 years. Over her more than three decades working with CPS, Dr. Green encountered many children coping with the stress of an absent parent or family member. After retiring from the public school system, she was determined to offer much needed support to children trying to juggle academics, domestic responsibilities and environmental distractions. Her desire to influence change birthed Chicago LAMP, and her commitment has not faded. Since its founding, Chicago LAMP mentors and programs have supported over 1,500 youth, and the organization has established partnerships with 10 elementary and high schools in North Lawndale, as well as several local universities and civic organizations. Dr. Green has an unwavering commitment to the youth of North Lawndale and is currently active in the daily operation, recruitment, programming and development of the organization. 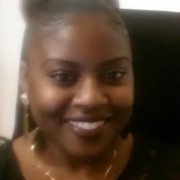 Manager of Programming and Recruitment

Leticia is a native of Chicago’s south suburbs and has been working with Chicago LAMP for four years. She began her involvement with the organization as a recruiter and case manager. As a result of her success and continued dedication, she was promoted to program manager. Working with Chicago LAMP has shown Leticia one of life’s greatest rewards – to support the success of as many children as possible. It brings her joy to volunteer and mentor two young ladies in the program, and she is grateful for the experiences they have had so far. Her time with the organization has not only given her the opportunity to help others, but it’s also helped her learn things about herself that she may have never discovered. 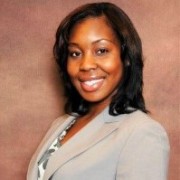 Alexis is originally from Virginia and became a part of the Chicago LAMP team as a mentor through National Louis University. Because of her driving desire to help others and serve in the community, she received a bachelor’s degree in human services. Prior to relocating to the Chicago area, Alexis worked with Norfolk Public Schools (Norfolk, VA) for seven years. She has a strong belief in children being the future, and therefore, her passion led her to continue mentoring as she works as a case manager for Chicago LAMP.